Q&A: I noticed that I was starting to lose feeling in my clitoris. 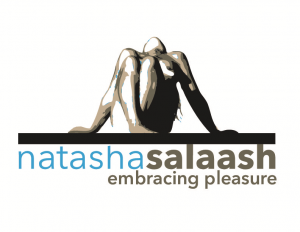 In my pre-kid life, I was fortunately blessed with being able to achieve an orgasm within minutes. And by minutes, I mean ﬁve tops. This was with my husband. Right before we got pregnant with our daughter, we purchased our ﬁrst toy. A dildo. After the ﬁrst use, I was hooked! It was so damn easy to get my orgasm, but little did I know what was happening to my clit while I was achieving these fast paced orgasms. After becoming a little obsessed with my new friend, it began to be quite difﬁcult for me to achieve any orgasm through sex, as well as with my hand. This was depressing. So I stayed with my B.O.B. and this is how I achieved my pleasure. Only thing is, my pleasure was rushed and never fulﬁlling. I notice that I was starting to lose feeling in my clitoris. I literally could not feel any sensation with it. Now this was DEPRESSING. My marital sex life went in the dumps, and I was left with numb-ﬁlled, non-pleasurable orgasms. So, a few months ago, I decided enough was enough. I stopped using my toys cold turkey (not as hard as I thought) and took a break from sex with my husband. Slowly I started to pleasure myself with only my hand, and Wow! What a difference!! I was starting to get feeling back in my clit, and my orgasms were explosive! When my husband and myself can ﬁnd time to have sex (two kids makes this difﬁcult), the sex is amazing! So I have ofﬁcially put the toys to rest, and I take time with my hand, and enjoy the orgasm that I am able to give myself. Also, I am able to achieve my orgasms way faster than I could with any toy! High ﬁve to myself!!”