I Have Found the Power of Myself, For Myself 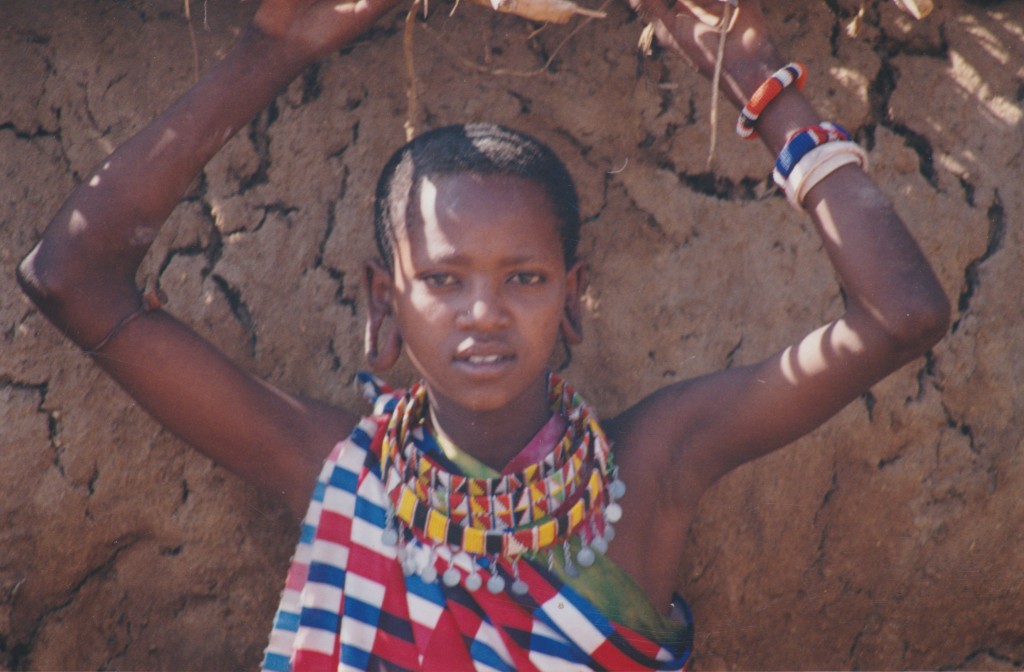 Many people ask me how and why I got to the place that I am at right now – running Bodysex workshops and doing private Orgasm coaching for women. Some suggest that it’s hedonistic, or that it’s anti-men – while others say that there are more important things to focus energy on. I believe that there is no better place than inside myself to find the gifts that I can bring to the world. The best way that I have found to access these gifts -as well as my inner power, my pleasure, my strengths and myself – is through my own touch.

There are so many stories that led me here, and today I will share one about- and in honour of – all of the girls who have had their right to sexual pleasure taken from them.

I went to Kenya at the age of 19, in the hopes of living and learning from other cultures. Through several twists of fate I was invited to live with the Maasai tribe, in southern Kenya, and learn from the women in the village.

Particularly interested in their mothering practices, I immediately noticed that the children seemed happy, secure, confident and capable. I marvelled at the fact that they rarely cried, babies were always in someone’s arms, they breast fed for years, and no one slept alone. I began to see a correlation between these things – the mothering practices and the child’s feeling of rightness. This way of parenting provided a secure foundation for children to grow from. The intimacy with their mother and other female caregivers, was firmly established early on, so that the children felt right and therefore acted right.

As I got to know the women better I heard them talking about a cultural practice called female circumcision. At puberty, using no anaesthetic, they would remove a girls clitoris and inner labia. As I sat in my tent thinking about this, it dawned on me that what they were removing was a woman’s right to pleasure. The clitoris is the only organ in the body that has no other purpose except for pleasure. So by removing it they are essentially removing a woman’s power.

Living so far from home, and amongst a completely different culture, I felt it wrong to judge this practice. Who was I to say what was right or wrong for someone else? Also it sounded like the ceremony was done by the women and that the women themselves wanted it. I decided to remain open minded but initiated several discussions with Maasai men and women on the topic.

One of the reasons for circumcising women I was told, was hygiene. This I just could not understand. How could a clitoris be considered dirty? Most of the people however knew of no reason at all except that a girl couldn’t be a woman, and therefore get married, until she is circumcised.

The day came where I was invited to the circumcision of a sweet, shy girl named Mary. Circumcision ceremonies signify a rite of passage in Maasai culture and I knew that it was a privilege to be invited. With mixed feelings I agreed to go.

In Maasai homes, there is one main room for the beds and kitchen fire, and then a smaller room for the sheep and goats. When a girl is circumcised it is done in the smaller room, and I struggled to find space in there amongst the many women and young girls. A portion of the mud and stick roof had been removed to let light in and Mary sat, under this opening, on a sheep skin spread out on the floor. She was newly shaved with not a visible hair remaining on her head or body – not even eyebrows. She wore a beaded sheepskin, that hung down the centre of her body covering her vulva, and I could see her budding breasts on either side of the skin. Her face held a look that was a mix of determination and fear and I felt a deep sadness at the reality of what was about to happen. Mary was just becoming a woman.

Women took places on either side of her – ready to hold her legs open – while another sat behind to hold her arms back and cover her eyes. One of these women was her mother and I wondered if this was a day that she had dreaded since Mary was born – or if it was a fact of life that she just accepted. Women and children surrounded this scene watching and waiting- some with hands ready to cover their eyes – until an old grandma came in with a razor and knelt between Mary’s legs. Pouring some sort of liquid on Mary’s vulva, as a way of blessing her, the other women took hold of her limbs and covered her eyes. Then the grandma began to cut.

She began by first removing Mary’s clitoris, cutting off all that was exposed, and then removing her inner lips that were beginning to grow as she was entering womanhood. I saw Mary struggle and scream trying to break free, but the women held tight. Some women around me were looking away, or biting the cloth that hung around their faces, while the little girls watched intendedly. I wondered how they felt knowing that they would be in Mary’s place someday?

Mary managed to struggle enough that the hands came off of her eyes for a brief moment, and the look on her face is one that I will remember forever. I saw fear, pain, torture and panic as she searched the room for an escape. Bursting into tears I was told to leave so that I wouldn’t upset any one else.

Walking back to my tent I felt horrible shame for being a part of something so horrific. Crying and crying I replayed the brutal images in my mind. There was no way that I could accept this as a cultural practice. Mary was a human being and what I had witnessed was wrong any way that I looked at it.

Later that day I went back to Mary’s village to see how she was doing. She was sitting on a bed of soft and beautifully smelling leaves that her mother had made her, looking proud and almost happy. Relieved that it was over I wondered? I shivered imagining how painful it would be to urinate with an open wound on her vulva and then thought how traumatizing it would be to open those legs for her husband when she got married.

Mary smiled at me as I gave her a gift and we held hands while watching the other women prepare food for the party that follows a circumcision. I knew in that moment that there was nothing that I could have done to stop her circumcision, or that I could do for her now to make it better. Yet something inside of me was profoundly changed as I shamefully realized that even with my clitoris intact, I wasn’t embracing my own sexual pleasure or power.

I am just beginning to understand the affect that this experience and the subsequent circumcisions of my nieces and other girls, that I watched grow up, has had on me. I feel a constant aching and painful sadness at the loss of pleasure, creativity, and power in their lives.

By learning to accept and explore my own body with the intent to build intimacy with myself and learn to be my own lover, I have found the power of myself, for myself. It didn’t come from anyone else and once I discovered it, it was impossible to ignore. I cannot imagine my life without this right and this pleasure and I truly hope that the practice of female genital mutilation stops completely. For those of us who have our clitoris intact I hope that we can find a way to embrace our pleasure – as our basic human birthright.